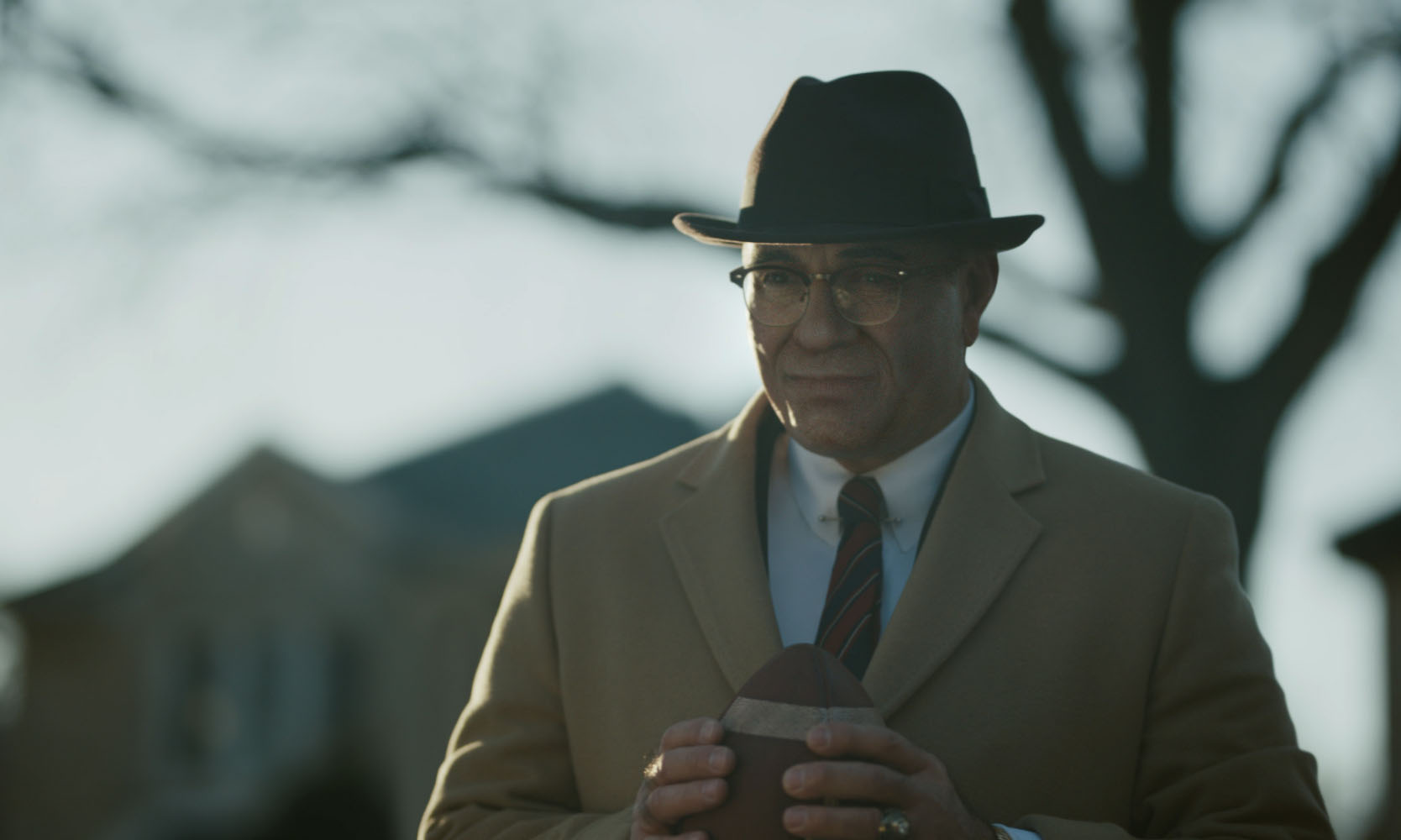 LOS ANGELES – February 7, 2021 – Even before the first snap of Super Bowl LV, over 100 million fans around the world were treated to a memorable surprise: the digital return of NFL legend Vince Lombardi, with a message of hope and unity. To bring the digi-double version of the coach to life, the NFL and global creative agency 72andSunny turned to Oscar-winning VFX giant and digital human pioneer, Digital Domain.

The project began with an idea from the NFL and 72andSunny to feature a unifying figure from the past who could potentially remind us that we are stronger together than apart. With the blessing of Lombardi’s estate, the NFL worked alongside Digital Domain to build an adaptive, high-fidelity digital Lombardi that could be used in a broadcast spot, and in the stadium as a life-size hologram. They utilized hours of historical and practical footage directed by Max Malkin of Prettybird, as well as audio provided by NFL Films, to resurrect Coach Lombardi.

"Coach Lombardi has inspired generations for years, making him a perfect embodiment of what happens when we come together," said Zach Hilder, Group Creative Director at 72andSunny Los Angeles. "Digital Domain's team immediately got that, and had the technical prowess to pull it off, turning it from an idea to a true representation of Coach Lombardi that not only looks like him, but honors his legacy as well."

After receiving live-action plates of an actor cast for his physical similarities to the coach, Digital Domain turned to the difficult task of recreating a legendary face that not only looked right, but would articulate believable emotions. Working with decades-old 2D images and video reference material while working remotely under a five-week deadline, Digital Domain delivered a high-definition version of Lombardi in his prime. Adding every detail possible, from wrinkles to eyebrow hair, the team of artists then utilized its new proprietary face-swap technology “Charlatan” to complete the effect.

Charlatan was created internally to blend detailed facial behavior and movement with existing live-action footage, leveraging machine learning to seamlessly merge the two. For this project, Charlatan adapted the digital Lombardi’s face with the physical performance, blending the assets to help the CG face match the actor’s. The result was a realistic and immediately identifiable recreation of Lombardi, delivering an inspirational message for modern audiences.

“Charlatan can do things with digital humans with incredible accuracy and fidelity that weren’t possible before; which is exciting, but also carries a responsibility,” said John Fragomeni, Global VFX president of Digital Domain. “There's a real cultural investment in Coach Lombardi and everything he stood for. We wanted to do justice to this, so when the audience looked at his face, they felt like he was still with us, leading us on. That moment was our goal.”

To create Lombardi’s voice, the partners turned to digital voice cloning experts Respeecher, to create a realistic and adaptive version of Lombardi’s voice. Respeecher went through hours of existing audio footage, isolating Lombardi’s speech patterns and vocal tenor, creating a digital database. The old recordings were then combined with a voiceover from a speaker with a similar accent and cadence to Lombardi, resulting in a natural performance that feels like it came from the coach.

About Digital Domain
Digital Domain creates transportive experiences that entertain, inform and inspire. Throughout the last quarter of a century, the studio has grown to lead the visual effects industry, expanding globally into digital humans, virtual production, previsualization and virtual reality, and adding commercials, game cinematics and episodics to the robust film roster. Digital Domain’s rich legacy consists of hundreds of blockbuster feature films for every major studio and thousands of commercials, music videos, game cinematics and digital content by world-renowned directors and brands.