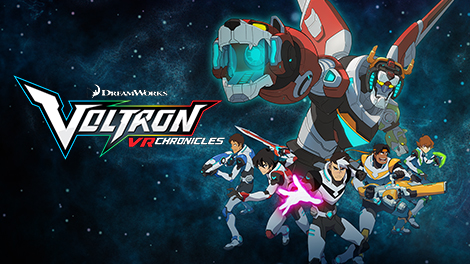 08.31.17Based on the Voltron: Legendary Defender series from Netflix, DreamWorks is launching a single-player game coming to PSVR, HTC Vive, and Oculus Rift on September 26th. Called Voltron VR Chronices, the game promises to deliver an immersive Voltron narrative alongside the chance to pilot the Blue Lion, stand on the bridge of the Castle Ship, and solve interactive puzzles and challenges.
Developed by Digital Domain Interactive, Voltron VR Chronicles puts you in the shoes of Lance, the blue Paladin of Voltron, giving you the duty to pilot the Blue Lion in your battle against the Zarkon’s forces.