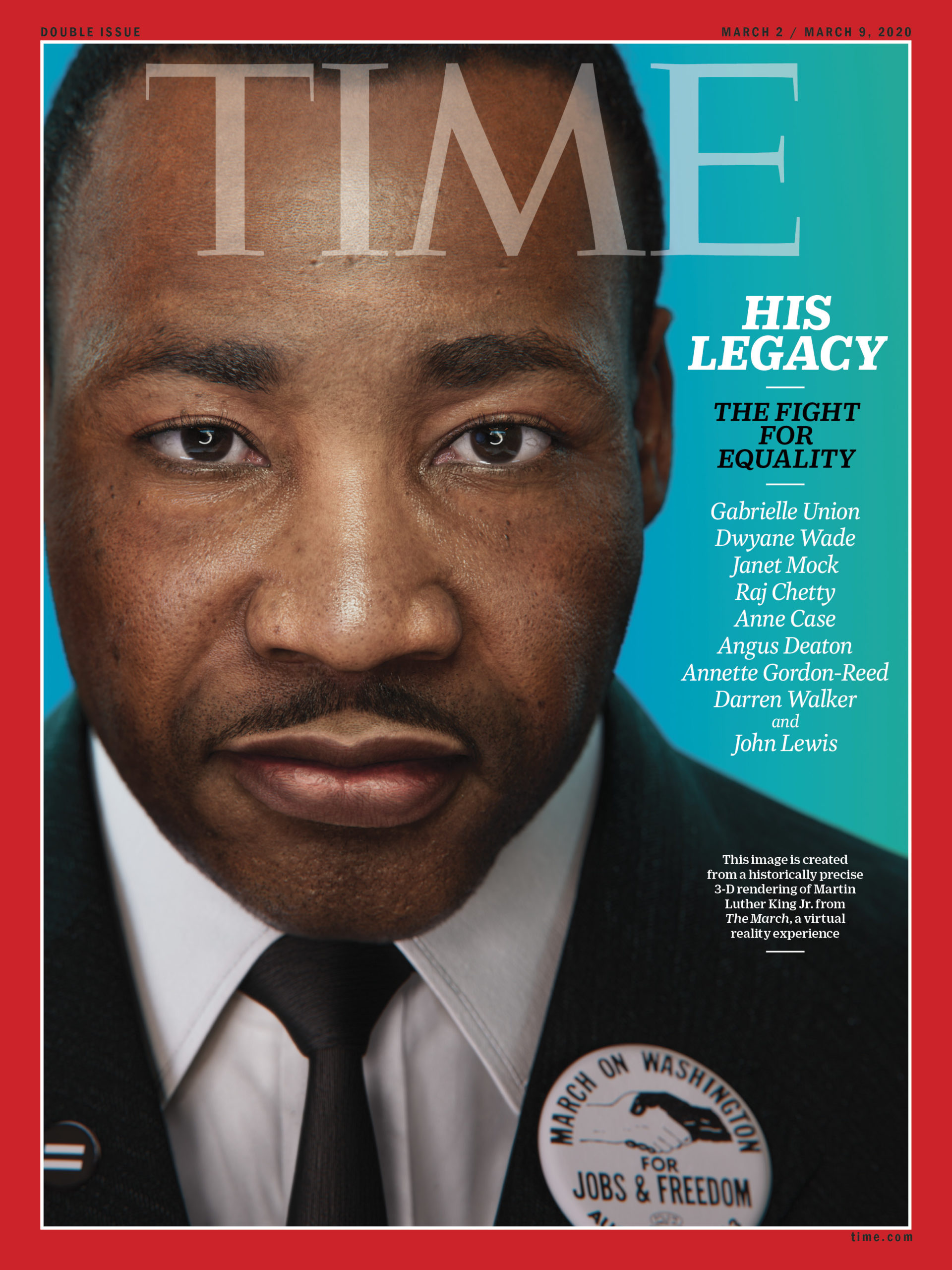 Inside the Making of TIME’s Equality Issue

02.20.20
One of the most remarkable documents in our archives is a letter that Martin Luther King Jr. sent to TIME founder Henry Luce upon being named what was then called Man of the Year. 1963, King wrote, will long be remembered as a period “that has carved for itself a uniqueness in history.” It was the year the civil rights movement entered a new stage—crowned by one of the most powerful and enduring speeches in American history. The moment King stepped off the podium in front of the Lincoln Memorial late that summer, it was clear the words he’d spoken there would resonate far beyond the hundreds of thousands of people gathered on the mall.