The “X1” is expected to go on sale in mid-2019. By then, the “X1” will be available at all “Digital Domain‧Oasis” theatres, operated by Digital Domain Space (“DDS”), the VR content distribution platform of Digital Domain.

Daniel Seah, emphasized: “Digital Domain created and appointed the virtual human “Star” as the “X1” spokesperson, marking the birth of the first virtual spokesperson of the VR industry. As we enter the 5G era, this trailblazing business partnership will effectively accelerate the development of virtual human and related technologies, illuminating the possibilities of its applications and commercial value.”

Ms. Jessie Wang, Founder and Chief Executive Officer of 3Glasses, said, “From the beginning of the project, the ‘X1’ is accurately positioned as the ‘world’s first ultra-thin VR glasses’ for the consumer market. We believe that ultra-thin glasses are the key to best integrating VR into people’s daily lives. After 18 months of continuous research and development, the ‘X1’ is ready to officially make its debut. I hope that the ‘X1’ will enable more people to experience the joy of virtual reality. Additionally, I would like to express my gratitude to every partner who has participated in the preparation of this conference. They are all top players in this industry. From hardware products and technology to content strategy and forming the business model, 3Glasses and its business partners with the release of the ‘X1’ will usher us all into the 5G era.” 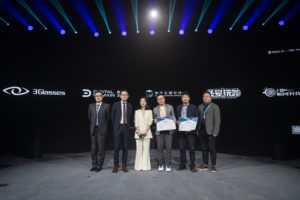 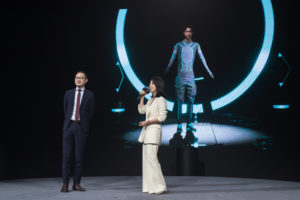 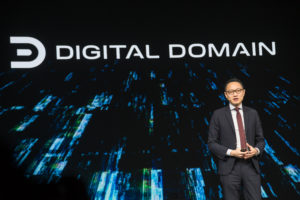 Mr. Daniel Seah, Executive Director and Chief Executive Officer of Digital Domain believes that the arrival of the “X1” is the beginning of the commodification of Digital Domain’s VR industry trifecta which covers hardware, content and distribution and will help the group further reach the consumer market.

Digital Domain creates transportive experiences that entertain, inform and inspire. Throughout the last quarter of a century, the studio has grown to lead the visual effects industry, expanding globally into digital humans, virtual production, previsualization and virtual reality, and adding commercials, game cinematics and episodics to its robust film roster. Digital Domain’s rich legacy consists of hundreds of blockbuster feature films for every major studio and thousands of commercials, music videos, game cinematics and digital content by world-renowned directors and brands.

A creative force in visual effects and premium content, Digital Domain and its predecessor entities have brought artistry and technology to films including “Titanic,” “The Curious Case of Benjamin Button,” “Avengers: Infinity War” and “Ready Player One.” Its artists have won more than 100 major awards, including Academy Awards, Clios, BAFTA awards and Cannes Lions.